Plasma donation or apheresis is usually a safe process and used to save lives. But like most of the medical treatments, some short term and very little long term side effects do exist with this too.

Typically, plasma is the component of blood. Most of the medical therapies, these days, require plasma to continue the treatment. Therefore, plasma donation is the vital step to contribute something towards the health treatment and gain something good. It is useful for treating medical conditions such as wound healing, blood transfusions, respiratory disorders, bleeding, immune system deficiency and any other life-threatening conditions.

Plasma donation is generally safe for healthy adults fulfilling donation eligibility criteria. But it may have minor short term side effects such as fatigue, dehydration etc. Sometimes serious long term side effects may occur but that is very rare.

Be sure to contact staff members or the CSL plasma center, in case of any discomfort or uneasy feeling during the plasma donation process.

Usually, there are very minute and rare long-term effects of plasma donation on health or well-being. As per the information released by the United States Food and Drug Administration (FDA), a person can donate plasma once in a period of 2 days, but should not donate more than twice in a period of 7 days.

The donors donating plasma more frequently and for a long period of time may develop the risk of depleting immunoglobulin levels. It might also decrease their immunity to fight against infections. It is recommended for regular plasma donors to consult with CSL plasma or healthcare providers on a regular basis.

Checklist To Be Done After Donating Plasma

Plasma donation is a great cause that contributes a lot towards goodwill. Be always sure to check the eligibility criteria and health conditions before donating plasma. Even though the side effects of plasma donation are very minor, always consult and take a check with the healthcare provider, in case of noticing any symptoms. 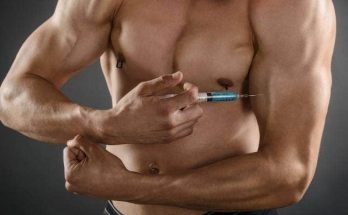 Clenbuterol Australia- Clenbuterol is a potent supplement for athletes

What are the benefits of KPV peptides?

The Underlying Potential of Buying a Fixer-Upper Home

How to Prep Your Boat for Ceramic Coating

A Guide on the Main Types of Boats