Roger Federer is the greatest player of all time. His 20 Grand Slam titles and 310 weeks atop the rankings speak for themselves, and even at 39 he continues to win and perform at the top levels. Between 2004 and 2008, Federer enjoyed 237 consecutive weeks of number-one ranking in the world, a record which may never be beaten. His playing consistently high level across the twenty-year span of his career is evidence to his conditioning and ability.

With his impressive 2018 Australian Open season following his outstanding 2017 season that included Wimbledon and the Australian Open, Roger Federer is truly a legend. Even in the midst of a dislocating ankle, he proved that he still has the ability to compete. Although Roger certainly missed out on winning a 21st Grand Slam, a loss which will haunt him with limited opportunities remaining, he is setting a new standard for excellence at an age when most players have long since retired. 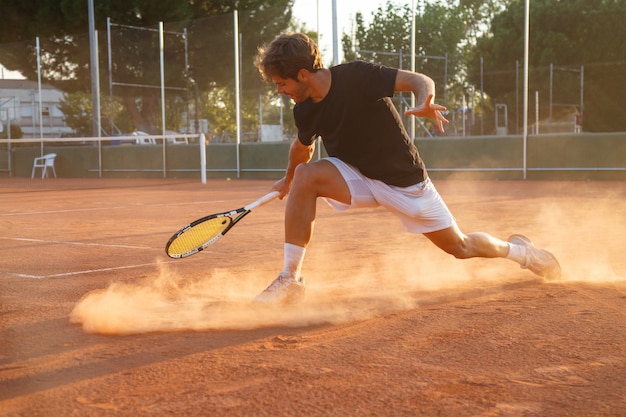 Rafael Nadal may well have a few more Grand Slam titles on his resume if it weren’t for the recurring tendinitis in his knees and wrist injuries. At 34, the Spaniard is known as Rafa and “The King of Clay” already has 20 Grand Slam titles and will probably surpass Roger Federer in the future. Rafael is regarded as the greatest clay-court player of all time, although fans of Bjorn Borg may disagree. It’s hard to imagine someone being better than him on clay, particularly with his record 13th French Open title in 2020, the third consecutive time he has done so.

The comparison between players of different generations may not be easy but Nadal has shown he is among the best tennis players in history. He has become the highest-ranked tennis player of all time with 20 Grand Slams, which means Rafa is tied with Roger Federer for most Grand Slams. The debate will be more intense regarding who is the real GOAT.

At 33 years of age and in the prime of his career, Novak Djokovic is clearly the best player in the world right now and has the potential to win many more Grand Slam titles in the future. It seems he has the potential to surpass Nadal’s and Federer’s total of 20 Grand Slam titles. However, in the highly competitive world of tennis, any player can take a breather and miss out on some of their best years, so we still don’t know if he will go down in tennis history.

He has certainly proved himself to be a top-three all-time based on his work to date. After winning the French Open in 2016, Djokovic became the eighth person to attain the career Grand Slam. He proved it when he won 2021 Australian Open and the 2019 Wimbledon Championship against Roger Federer in epic five-set matches, making it clear that Djokovic is the best player in the world. It remains to be seen if his body of work to date and his position as the current world number one is enough to help convince us that he is the best tennis player of all time. For now, we rank Djokovic third among all-time active players.

What is Greece joker lottery?

4 Tips to Get Your Gaming Brand Off the Ground

What is Rimworld and its different tips and tricks?

View all posts by Addison →

What is Greece joker lottery?

Everything you Need to About Xenos Injector