It’s no surprise that you want to learn more about video games. After all, what was once considered an obscure interest is now one of the most popular forms of entertainment. Believe it or not, the video game industry is expected to reach a value of $180.1 billion in 2021.

The first-person shooter is one of the most popular game genres out there. They’re easy to pick up and play both single-player and multiplayer.

These games are fast-paced and put players in an action-driven scenario. The player is given a mission and given the tools to do so in the beginning. As the story or multiplayer campaigns of shooters progress, the player receives weapons and other items that allow them to take on stronger enemies later on in the game.

For someone who wants to slow down the pace and play a game not focused on action, there’s the role-playing game. These games are story-driven and usually let the player take a weak character at the beginning of the game to a strong one in the end.

On top of focusing on the story, role-playing games also give characters stats and equipment to help them level up. The player is given a lot of leeway in developing their characters, which means games offer unique experiences depending on their choices.

For the non-hardcore video game players out there, the casual game genre is there for you. These games are typically found on smartphones and other non-gaming devices. The games can include anything from puzzles to games with clicker mechanics.

These games are great if you don’t have a lot of time and want short play sessions. You can check out a site like GameMine to see what options are out there if you want to start playing casual games.

While there may not be as many options for horror games, horror is still a popular game genre. People enjoy being scared, and a horror game provides that experience.

You can categorize horror games into two categories: survival and pure horror.

Survival games are more action-oriented and have horror elements. A pure horror game focuses more on the environment and staying alive while avoiding the enemies in the game.

Platformers are one of the original types of video games out there. They involve taking one character and moving them throughout the world until you get to your goal.

Of course, that isn’t as easy as it sounds. There are many obstacles along the way. The game provides different gameplay mechanics to let you overcome those obstacles.

There Are More Types of Video Games Out There

While the above types of video games are some of the most popular today, that doesn’t mean there aren’t more niche genres on every video game platform out there. If you want to learn more about video game technology and everything available, make sure to keep learning about playing video games and all there is to play.

Are you looking for more entertainment articles? Head back to the blog to check out the latest posts.

8 Key Tips for Keeping Gaming Systems Organized in a Move

All about Seoul Stars: the newest K-pop NFT craze 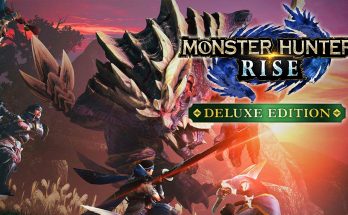 Do You Need a Monster Hunter Rise Deluxe Edition?

5 Reasons Every Home Should Have an Essential Oil Diffuser

Probate vs Trust: What Are the Differences?

Heart Health and Omega-3s, What You Need To Know

5 Ways to Update Your Company’s Culture